“Independent” Data Marts: Being Stranded on Islands of Data – Part 3

Independent data marts have spread like a disease through many of today’s best and most advanced corporations. The devastating nature of this disease is that it is not easily detected in its initial stages, however if it is not treated that patient’s condition will steadily deteriorate. 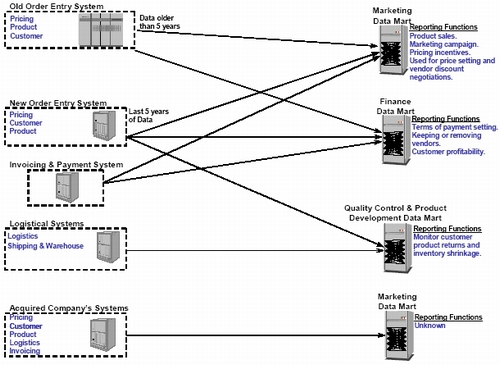 By viewing the data, within each of the data marts, it is evident that the Marketing and Finance data marts share two common data sources (old and new order entry systems). In addition, the Marketing data mart has a strong end-user community that will be highly supportive of the migration effort. In addition, with a little bit of help from our executive management, both the Marketing and Finance data mart’s business users have agreed to freeze their additional functionality requests for Phase One of the migration. 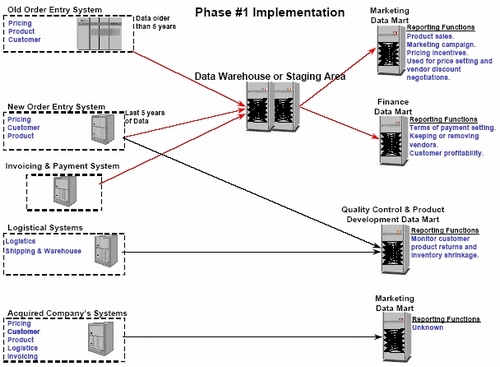 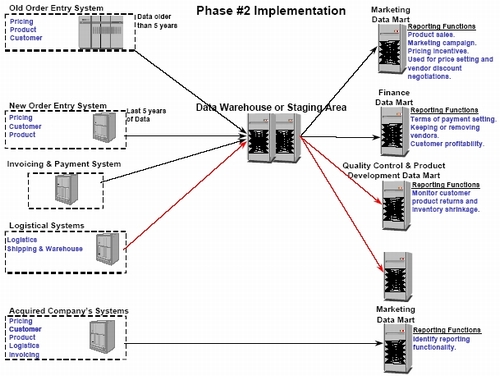 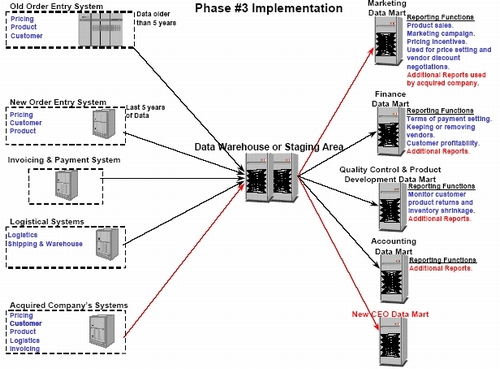 It is important to understand that the process for migrating off of this architecture is a costly proposition that will only get more expensive and difficult as time goes on. Remember, as with any disease the earlier it is detected and treatment begins the sooner the patient will become healthy. However if treatment is delayed the patient’s condition will worsen and eventually become terminal.